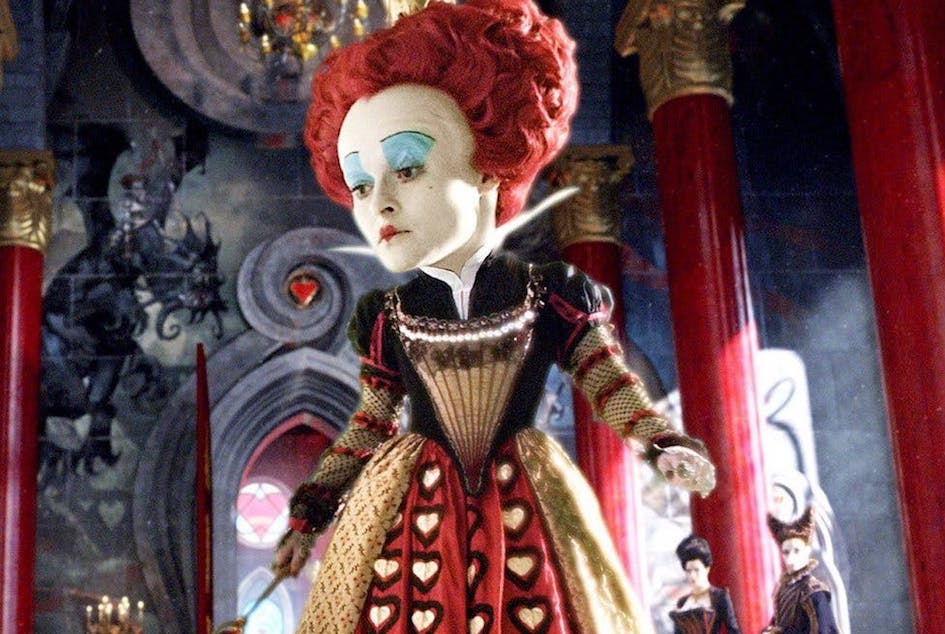 The Red Queen proclaimed that she sometimes believed six impossible things before breakfast.

In Tim Burton’s fantastic film, Alice in Wonderland, Alice is portrayed as an ingénue who is caught between two worlds: the staid expectations and beliefs of her Victorian era social structure (as lived and endorsed by her family), and the world of the possible, as taught and demonstrated by her late father, a man with visions of grandeur and adventure in far-off lands.

Like Alice, we have the same tug-of-war inside of us. Our biology drives us in two directions at once: toward the secure, the known, and the familiar on one hand, and toward the new, the novel, and the unknown on the other. We live inside this dynamic tension, and we make our lives work – or not – by how we deal with these opposing urges inside us.

Why is it important to believe in impossible things ?

Because belief in the impossible creates the possible.

Every great invention was once an impossible dream. Every great adventurer was once a crazy dreamer. Martin Luther King believed that there could be peace between the races.

In Burton’s portrayal of Alice, she lost her “muchness” growing up inside the strict social norms, beliefs, and expectations of her family and culture.  By the time she fell down the rabbit hole, she had lost the qualities of self-possession, independence, and belief in the impossible.

When you begin to believe in the impossible, you open yourself to great adventures, far beyond the limitations and possibilities set out for you by other people’s beliefs.

Have you lost that precious ability to dream impossible dreams? Don’t give up hope.

You can restore your own creative ability by removing the overlay of other people’s dreams for you – along with their indoctrinated beliefs – which make you small and limited.

There are many people who do not want you to be your full and glorious self. They want you to be safe, familiar, and fit within their own social norms so they can feel safe. When you expand your own possibilities, you may find that you have to leave some naysayers behind, or make them uncomfortable by pointing out their own self-imposed limitations.

Politicians do not want you to remember your infinite capacity.

You would become difficult to control with their messages of fear and lack.

There is little support in our culture for human beings to believe or do the impossible. Exceptions are made for the few who have dedicated their lives to achieve such glory, such as Roger Bannister’s breaking of the four-minute mile, Sean White’s awesome Double McTwist during the Olympics, Barack Obama being elected President – twice, and James Cameron’s breakthrough movie, Avatar, with its own impossible beauty.

You can achieve your own brand of glory – if you begin to believe in the impossible.

I have believed myself into many impossible successes, including many money miracles that brought in hundreds of thousands of dollars.

There is a lot of work involved in turning a belief in the impossible into a reality of what was formerly impossible.

It starts with a belief, but then the real work begins. You must remove all of your limiting beliefs – especially the ones that emerge automatically when you create something new, and hear the negative voices of doubt, foolishness, and potential loss that come up automatically.

You have to clear and work with your energy, moving it down through the chakras – from crown (thought) to ground (actions).

There is no free ride to manifest the impossible. But it doesn’t cost anything to begin.

What six impossible things can you believe before breakfast?